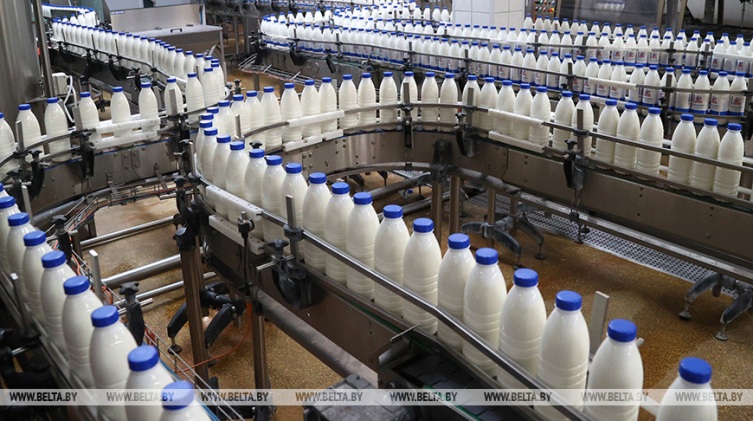 Belarusian food exports to the Asian region have increased 13 times in the past five years, Belarusian Deputy Agriculture and Food Minister Aleksei Bogdanov said at the Belarusian-Asian Forum, which took place in the Belarusian embassy in Moscow on 9 June, BelTA has learned.

“The Asian region is really one of the most promising. Due to a large population, the countries cannot feed themselves and will always be net importers,” Aleksei Bogdanov. “We have been working on the Asian continent for many years. Belarusian food products have gained their presence there. Over the past five years we have increased food deliveries 13 times. Last year deliveries reached $356 million, and the product range was wide. In January-April of this year we already exported food for $167 million, which was up by 60% year-on-year. We supplied a wide range of dairy and meat products, sugar, flax fiber, rapeseed oil and other products. And, of course, we will be working to access more markets. Currently, it is 37 countries in the Asian region. We also plan to expand the range of products we supply."

According to the deputy minister, such events as the Belarusian-Asian Forum that has drawn a lot of diplomats of Asian states, contribute to increasing the supply and recognition of Belarusian goods in the region.

The Belarusian-Asian Forum seeks to showcase Belarus' export potential, establish business contacts, and exchange views on the state and prospects of trade and economic cooperation between Belarus and Asian countries. The event has brought together Asian diplomats working in the embassies accredited in Russia and concurrently in Belarus that have neither representative offices in Minsk nor embassies of Belarus at home. They include ambassadors, chiefs of diplomatic missions, and other diplomats of Indonesia, Yemen, Cambodia, Malaysia, Sri Lanka, Myanmar, Nepal, Singapore, Thailand, Afghanistan, Laos, and the Philippines.

Representatives of Asian countries are told about possible forms of cooperation with Belarusian industrial enterprises, export financing of joint projects, Belarus' capacities in agriculture, and the work of the Belarusian Chamber of Commerce and Industry in enhancing cooperation with partners on the Asian market.