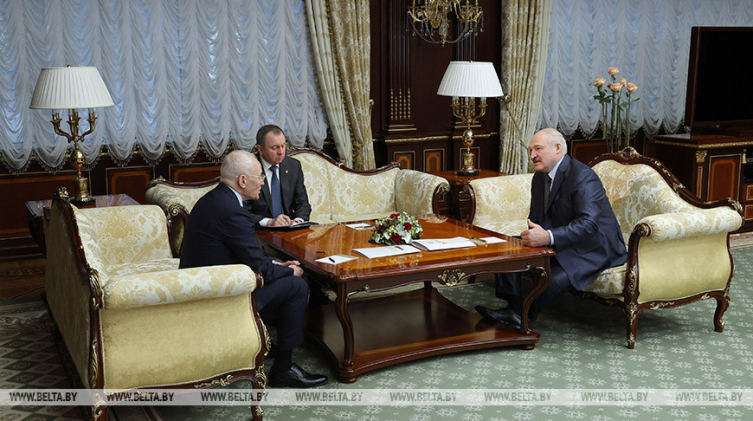 The 6th Belarusian People's Congress which took place on 11-12 February gave answers to many questions, Belarus President Aleksandr Lukashenko said as he met with State Secretary of the Union State Grigory Rapota on 18 February, BelTA has learned.

“I was quite sincere in my report, so were other speakers. We were sharing our thoughts. Therefore, the congress gave answers to all questions. I think that our Russia heard us, so did the West. And so on and so forth. It is very important for the further development of our cooperation within the framework of the Union State of Belarus and Russia,” the head of state said.

He thanked Grigory Rapota for the participation in the Belarusian People's Congress. “It was very interesting,” the state secretary of the Union State responded.

According Aleksandr Lukashenko, specialists are currently monitoring the situation after the Belarusian People's Congress to understand public sentiments. “It is good that opinion-building circles, such people like you have a normal perception of our forum,” the president said.

He remarked that the Belarusian People's Congress touched upon various issues – global and minor ones. Plans have been made to formalize and publish all of that. “We want to publish all questions which were discussed in a newspaper so that people were in the know. There were hundreds of hundreds of questions. Topical issues were discussed. There were minor questions, too. We will publish all that. I am grateful to you for attending the forum,” Aleksandr Lukashenko said.