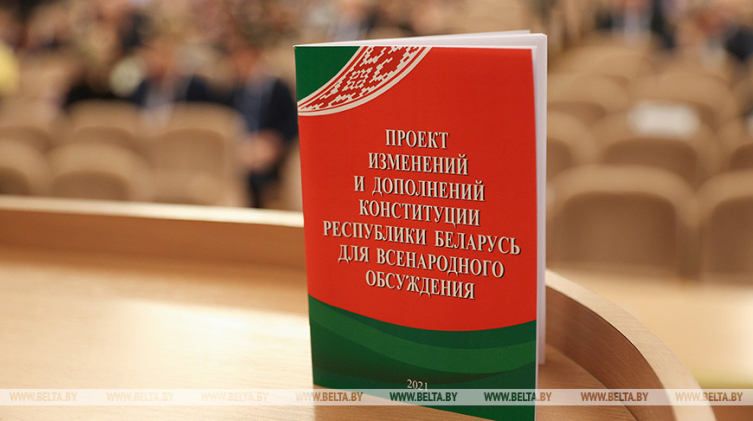 More than 4,000 proposals on the amendments and additions to Belarus' Constitution have been received from the population, Head of the Belarus President Administration Igor Sergeyenko told the media during a meeting to discuss the draft Constitution at Belarusian State Medical University on 11 January, BelTA has learned.

“We can see an active interest in the Constitution amendments and additions. Different categories of citizens both in rural and urban areas demonstrate this interest. As of today, we have received more than 4,000 proposals concerning the draft amendments. The Legal Information Center analyses incoming information and summarizes it on a daily basis. There are proposals that will be considered at the meeting of the working group and the Constitutional Commission. The number of proposals supporting the Constitution draft prevails. There are also negative ones that propose nothing instead,” said Igor Sergeyenko.

The highest interest is in articles related to social policy, the head of the Belarus President Administration. Citizens are concerned about whether the basic guidelines of the state will be preserved. People are also interested in the functions and powers of the Belarusian People's Congress.

During the meeting at Belarusian State Medical University, students and academic staff will get familiar with the draft amendments and additions to the Constitution.